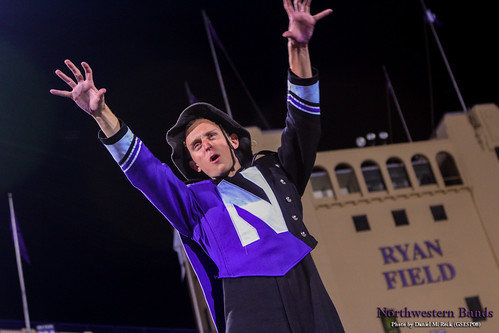 FEBRUARY 7, 2014 — EVANSTON, ILL. — It is going to look a bit different at Ryan Field in the fall. The Northwestern University "Wildcat" Marching Band and the student seating section are moving to the southeast side of the stadium as reported by Alex Putterman in The Daily Northwestern.

"The new location [for the band] is in the bottom of section 111 on the east side of the field," says Daniel J. Farris, Director of the Wildcat Band. "This is essentially an inverted mirror of where we were before, changing from the northwest side to the southeast side.  "

About 5,000 students will join the band on that side of the field in sections 111-114. This is roughly the same number as in the previous sections.

The change comes after discussions with the Associate Student Goverment and student focus groups, according to Northwestern athletics spokesman Paul Kennedy in The Daily. The students wanted better views of the field, an unobstructed line of sight to the 'CatVision score board videos, and more opportunities to appear on television broadcasts. 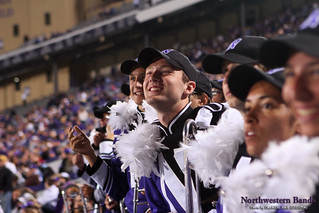 "We can't move the video board and we can't move the TV [cameras], unfortunately, so we moved the student section and the band," Kennedy said in the report. Now broadcast cameras situated on the west side of the arena will have a better view of the Wildcat Band and purple-clad Northwestern students in the stands.

Aside from the direct benefits to the fans and the Wildcat Band, the new seating arrangement will also improve Ryan Field's television coverage.

According to The Daily, "In the past, NU has stuck to one side for an entire season —  west, in recent years — but beginning in 2014, the team will make that decision week-to-week, depending on the weather and other factors, Kennedy said."